04
Scalping Outside the Dawnland

04
Scalping Outside the Dawnland

Overview of the Story of Raphael LemkinLemkin and the U.N. Convention on the Prevention and Punishment of the Crime of GenocideSettler Colonialism: Fuel for GenocideGenocide and Indigenous PeoplesThe Ten Stages of GenocideDiffering Perspectives
Conclusion to Lesson One

Scalping Outside the dawnland

Demographers, archaeologists, and historians find it challenging to determine the number of Indigenous people who lived thousands of years ago in the Americas. Estimates vary widely depending on the scope of the research and methods and tools used. The lowest population estimates submit that just prior to the arrival of Europeans, ten million Indigenous people lived in North America; the highest estimates suggest there were more than a hundred million people.

Some researchers contend, “… the Native American population was at an all-time high about 5,000 years ago.” Given centuries of violence, “[t]he number of Native Americans quickly shrank by roughly half following European contact about 500 years ago, according to a new genetic study.” [350]

From coast to coast, the unquenchable thirst of European colonial settlers for the land and its resources was evident in their disposition to remove any and all obstacles that stood in their way. Scalping was one means to eliminate Indigenous people from the land. This was coupled with the spreading of disease, enslavement, indentured servitude, beheadings, executions, battles, wars, incarceration, forced removal and coerced assimilation of their children, and breaking of treaties to inflict incalculable harm on once thriving indigenous civilizations. Scalp bounties were only one of the tools deployed by the European colonial settlers to make this land theirs.

In spite of countless campaigns to destroy them, there are over five million Indigenous peoples in the United States who are citizens or members of almost 600 tribal nations. The legacy of centuries of brutality can be seen in extreme poverty, poor health outcomes, high levels of incarceration, suicide, infant mortality, depression, and missing and murdered Indigenous women and girls. In spite of this legacy and the ensuing impact of historical and intergenerational trauma, Indigenous people have demonstrated that centuries of resistance and millions of acts of survivance and solidarity can restore the values of collectivity, kinship, reciprocity, and reverence that have been at the center of their societies.

Today, the majority of Indigenous people are thriving and modeling for all citizens of the U.S. how to live in caring communities based on respect for the land and recognition of the interconnections among all forms of life. As a reflection of their caring, Indigenous communities lead the struggle against settler colonialism’s extractive abuse of the land and plundering of the environment and call on everyone to learn the history of the space we co-inhabit. It is urgently needed that those of us who are non-Native do our own learning and unlearning if we are ever to become good neighbors to the Original peoples upon whose land we live.

Addressing all people, Native Studies scholar Dina Gilio-Whitaker’s words are resonant at this time as
much of humanity tries to envision a new way of living and being in the face of climate chaos and the ongoing challenges posed by the coronavirus pandemic.

We must change the way we inhabit the planet, or otherwise face self-destruction caused by our own negligence, if not by the [COVID-19] pandemic then by environmental destruction (or both). The changes we need to make are not just economic and scientific; they are philosophical and practical, and they concern the things we value. We need to seriously re-examine and revise the philosophical frameworks that undergird modern society. Indigenous people who have lived sustainably in the same territories for thousands of years have important knowledge systems that can productively intervene in the destructive social structures currently orchestrating our downfall. But first, societies need to listen.[351]

Like an echo across time, a mixed-race Omaha woman named Inshtatheamba (Bright Eyes, also known as Susette La Flesche), was on a national tour to “make known the wrongs done to [her people, Omaha and Ponca]” and seek justice. These excerpts from her exchange with a reporter from the Chicago InterOcean in 1879 are revealing. Their conversation took place while the U.S. Army was forcibly removing and slaughtering Ute in their homeland in Colorado.

Inshtatheamba
Your soldiers … are just kept to fight the Indians and quell disturbances that the Indian Department has caused. Then, if an Indian kills a white man, you go and kill all the tribe you can find.
Reporter
Oh, but our soldiers only kill Indians in open battle.
Inshtatheamba
They kill men, women, and children, and you cannot deny it…
Reporter
But Indian women fight like tigers, it is reported.
Inshtatheamba
So do white women when their homes are attacked, their husbands killed, and their children murdered.
Reporter
But you are more barbarous in war than we, and you shock the public by the acts of atrocity upon captives and the bodies of the dead.
Inshtatheamba
Scalping, you mean, I suppose. Don’t you know that white men taught Indians that?166 It was practiced first in New England on the Penobscot Indians. The General Court of the Province of Massachusetts offered a bounty of forty pounds for every scalp of a male brought in as evidence of his being killed, and for every scalp of a female or male Indian under twelve years, twenty pounds.

It is worth noting that in 1879 Inshtatheamba knew of the Phips Bounty Proclamation, more than a century after it was implemented, and yet teachers and students in 2021 have rarely heard of it unless they are Wabanaki or are themselves survivors of this and other proclamations. In fact, Wabanaki children, taught by their parents and teachers, often educate non-Native classmates about it. According to 14 -year old Carmella Bear, a citizen of Penobscot Nation, when she was a student at Indian Island School, she learned about the Phips Bounty Proclamation from her teacher.

I first learned about the scalp proclamation from Lee Francis when I was a sixth- grader. She was my Native Studies teacher … and she teaches the whole school about Native American history, the river case [Penobscot], and … tribal government…. We did a timeline in Native Studies about … events in Native American history and it … started with the first English and French settlement encounters with the Native people, then the Great Dying, the scalp proclamations, the boarding schools, and it was really an eye-opener to see how tragic our history has been and how resilient we are and how we survived and are still here as a tribe and as a whole. [352]

Students from a variety of backgrounds in the Dawnland, from middle to graduate school, are learning about the Shirley and Phips Proclamations. They want local historical sites to create exhibits that acknowledge disavowed chapters of local settler history. As students learn more about scalp bounties
across the United States, we look forward to more student-led efforts aimed at pressing educational and cultural institutions as well as public spaces to tell a fuller and more truthful story about what happened in the place now called the United States.

I went to the Bureau of Indian Affairs to ask for help and they told me Penobscot Nation no longer exists.

What, if any, connection exists between Bert Polchies’s personal experience and the Phips Bounty Proclamation that declared Penobscot Nation an enemy? Please consider these questions, which you may assign to students as an individual or small group reflection and /or writing activity, depending on their grade level.
‍
What were the motivations of those who issued the scalp proclamations?
What are the possible motivations of those who hunted and scalped Native peoples?
What can you do to become a neighbor with legitimacy to the Native peoples upon whose land you live and work?
What questions remain unanswered?
What steps can you take to answer them?
How can Upstander Project support you?
And finally, what is the relationship between the taking of the land and the taking of the scalps?

It is our sincere hope that this guide especially helps non-Native people take stock of history we were not taught so we can better grasp the origins of the destructive patterns that inform what Gilio-Whitaker calls “failures of imagination and knowledge, including the over-reliance on economics as a measure of human progress.” Learning the history of the place we call home is a first critical step toward identifying life-affirming measures of wellbeing for all.[353] 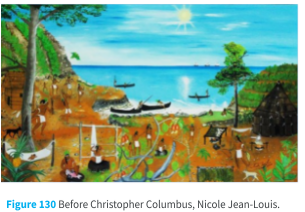 View from the Shore:
‍
The English colonial authorities were sick of my Penobscot ancestors for resisting colonization and not following their rules so they issued these orders and told their citizens to hunt Penobscot Indians and bring evidence that they killed them. The settlers set different prices for the bodies and scalps of males, females, and children under the age of 12 and set up trading posts where people would bring bags of the scalps or bodies of Penobscot people.

The colonial authorities would tally them up as if they were animal skins and those who hunted my ancestors would receive money. We were hunted in our homelands where we had every right to be, given that hundreds of generations of us had lived there. These scalp proclamations aren’t just historical documents to us. We still feel the effects of them and the messages from the past trickle down because we’re still stereotyped and marginalized and dehumanized in so many ways.
‍
-   Penobscot Nation Ambassador Maulian Dana
‍ 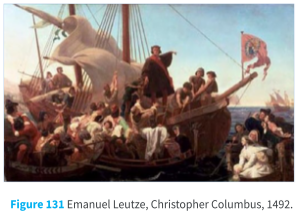 View from the Boat:
‍
The military effectiveness of a scalp bounty was not to be measured in terms of actual scalps or dead Indians. So much is clear from the testimony of the times, mere announce-ment of a bounty brought into play the underlying optimism of the backwoods-man and turned him from frustrating passivity to aggressive activity in an exciting game which held the Indian on the defensive.
‍
- Dr. Henry J. Young, Senior Archivist Pennsylvania Historical and Museum Commission

Continue to the next section: